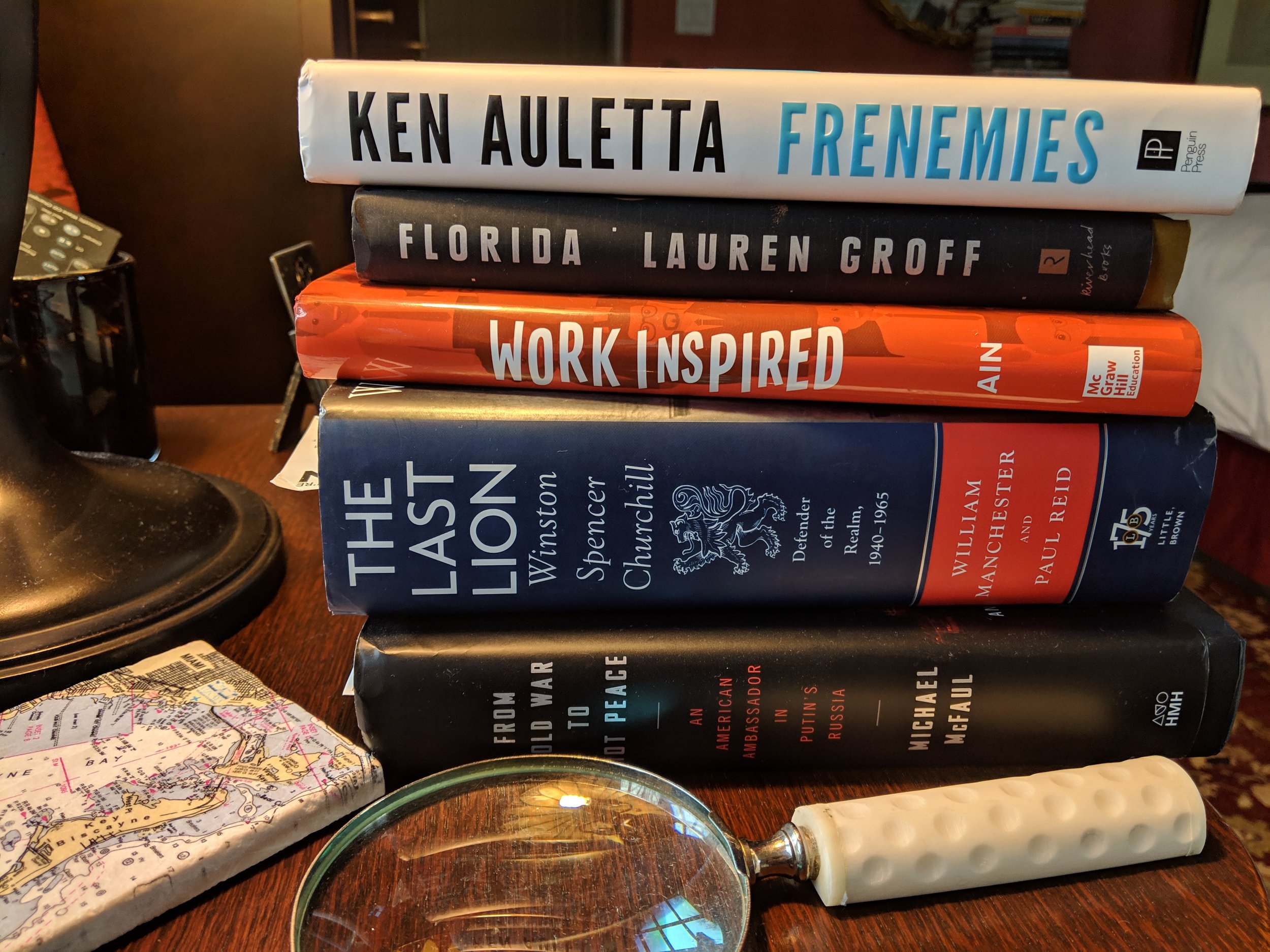 You could swing a stick and hit a dozen prognosticators gassing about the future of marketing, advertising and the much humbler brethren in public relations. The swirl created by Google’s and Facebook’s omnivorous ad engines has sent the traditional ad agencies into a frenzy. What’s more, technology platforms promising hyper-targeting and precision measurement have opened the door to an AllBirds-wearing army of management consultants. Suffice to say upheaval abounds, so I was eager to see veteran storyteller Ken Auletta of the New Yorker make sense of it all in Frenemies, an easy-to-read account of the existential battle between the “Mad Men” creatives who find themselves under siege by marketing data analysts.

Using the New Yorker’s well-honed style of illustration through character profiles, Auletta focuses on colorful figures like Michael Kassan of MediaLink and Irwin Gotlieb, catalytic force behind WPP’s GroupM, as they twist and contort their businesses to thrive in the new world order. Representing the next generation, Carolyn Everson, Facebook sales leader, shares many moments in the spotlight too.

Unfortunately for Auletta, when penning his many tales around industry big wigs like WPP’s Martin Sorrell   and CBS CEO Les Moonves, he couldn’t possibly imagine both would be knocked off their lofty perches by acts of impropriety. While these profiles make for good reading and no doubt trigger schadenfreude from some readers, Auletta might have liked a do-over on the release date. Then again Facebook’s reputational fall from grace after the sensational New York Times exposé this month underscores the moral, if not economic, instability of the rising stars. Thus the challenge Auletta faces in writing this account of a war for market dominance when it’s hardly clear who ultimately will be the winners. We are truly in medias res when it comes to the unfolding story of marketing best practices.

So if the story is still being written, why then should Frenemies be on your bedside table? Because it tells a character-driven story of those of us facing unrelenting change. It’s a clarion call for marketers to accept disruption as the constant for the foreseeable future. You might say we’re in a marketing tsunami, but I take some solace knowing there’s at least one path to higher ground, further inland: the continued demand for content that engages. Call it branded, sponsored or earned, PR and integrated marketing pros have the skills to survive and thrive in the new world order.