I’ve become an avid reader of biographies in the past seven years. Some of them chronicled figures of whom I’d had some vague knowledge of before digging deeper into their stories. Others I’ve stumbled upon from recommendations and lists. Rebel Yell by S.C. Gwynne is one such biography. Gwynne tells the story of Thomas J. Jackson – or, as most know him, Stonewall Jackson. A man of great contradictions, Jackson became an icon of the Confederacy through his sheer brilliance as a military leader. Uncommonly brave and religious, Jackson was ruthless and generally not collaborative. But he saw the field of battle through a different lens. “(His) strategic innovations shattered the conventional wisdom of how war was waged; he was so far ahead of his time that his techniques would be studied generations into the future.”
It may not seem obvious, but Jackson’s ability to fashion new strategies to win numerous battles in the Civil War is a clear reminder that in far less lethal circumstances businesses need to bring creativity and clarity to the strategies they plan to adopt in 2015. Let me explain.

First, back to Stonewall Jackson: one need look no further than the first Battle of Manassas, the first big battle of the Civil War. In the face of an early onslaught, Jackson maneuvered his troops in a highly unconventional yet ultimately advantageous position with tactics no other had considered. His rout of the North served notice to President Lincoln that the Confederates were not to be simply outmanned and outgunned. Though we all know the ultimate outcome, a better strategy in battle after battle trumped advantages in numbers and weaponry.

Likewise, in far less dramatic circumstances, I’ve seen how businesses with powerful strategies learn to outflank and command winning shares. In Playing to Win, A.G. Lafley, former Chairman and CEO, Procter & Gamble, and Roger L. Martin, dean of University of Toronto, outline the critical steps to formulating strategies in markets. It begins with defining a ‘winning aspiration’ versus a plan to simply compete. Like Stonewall Jackson’s savvy selection of redoubts, it’s about choosing the right playing field — whether it’s product category or geography — in combination with a clean plan for how to win by crafting the value proposition and selecting a competitive advantage in either low cost or differentiation. There is no sustainable middle ground between the two. In the skin care category, for example, P&G successfully repositioned Oil of Olay, a mature and underperforming brand, with a broader value proposition (helps more than just wrinkles). By addressing a new market of women in the 35 plus age group, pricing the product higher to convey more value and devising a wholly different approach to distribution, they saw revenue grow dramatically from $800 million in the late 1990s to $2.5 billion ten years later. The authors repeatedly point to the need to make explicit choices. “Too often, CEOs in particular will allow what is urgent to crowd out what is really important. When an organizational bias for action drives doing, often thinking falls by the wayside.”

Quite literally on a different playing field, my favorite team the New England Patriots showed fans a whole new approach to attacking an opponent in its dramatic come from behind victory last week over the vaunted Baltimore Ravens. By employing a perfectly legal but completely unusual formation, Bill Belichick crafted a strategy that enabled Patriots’ receivers to be wide open against the Ravens’ bewildered defense. Ravens Coach John Harbaugh failed to react with as much as a time out and instead earned a penalty flag for unsportsmanlike conduct as he lashed out in frustration at the referees. Yet again, this past Sunday Belichick unveiled innovative formations and plays in the drubbing of the Indianapolis Colts; the coach and the team now move on to an unprecedented sixth appearance in the Super Bowl.  In preparing for games, NFL coaches may be the most tireless workers on the planet: they obsess about every little detail and scheme for seemingly every eventuality from an opponent. And yet with only the best teams and finest coaches remaining in the playoffs, Belichick managed to conceive of a strategy that left his opponent flatfooted, literally.

This brings me to an observation formed over 30 years in business: too many organizations fail to develop creative strategies designed to win in the market. Whether it’s a preference for action over thinking, a misguided confidence that what worked in the past will do so again, or simply a lack of capacity for strategic planning, too often I’ve seen resources squandered. Better strategy is not complicated, but it is tough because it starts with hard choices. With a disciplined strategic approach to their 2015 plans, enterprises large and small unquestionably will put themselves in position to hit their goals. And that’s a resolution for the New Year we can all get behind.

Say what you want about the millennial generation, but the fact of the matter is they are changing the way companies—across all industries—will do business in the coming decades. 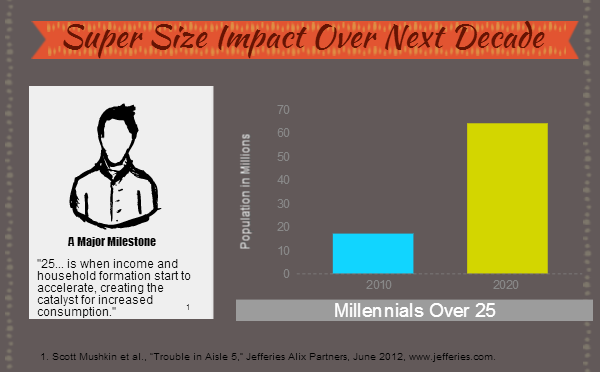 According to Javelin Strategy and Research, by next year, Generation Y’s annual spending is expected to be more than $2.45 trillion in the U.S. alone. By 2018, their projected income will be around $3.39 trillion annually. Many industries have already tailored marketing strategies towards their 18-to-34 year-old customers, especially in retail and tech markets, but professional service trades seem to be missing this crucial marketing window.

Consumer research consistently shows that buyers feel brand loyalty towards brands they grew up with or feel familiar with. Adults buy the brand of toothpaste or laundry detergent their mom did because the packaging is recognizable and the product feels safe. Because things like banking, investing, purchasing insurance coverage and managing legal needs are done with greater privacy, brand loyalty in these industries doesn’t seem as hardwired. This presents an opportunity for professional services companies to make their mark on millennials’ blank slates.

As stated before, millennials already have tremendous spending power and, for the first time in their lives, they’re beginning to seek out products and services in financial, insurance and legal industries. If companies capitalize on this window of opportunity, they will gain not only new customers, but also customers with the potential to stick with their company for decades of business.

So how can professional services groups reach this new audience?

Obviously, social media is one component. Sixty-six percent of millennials use social channels to stay informed about brands and products (according to Ipsos) and nine out of ten “take action weekly on behalf of a brand” (Edelman). While investing time and money into every emerging social channel is unnecessary, companies should pick the platforms that best fit their corporate image and goals. Millennials expect a social media presence from companies they’re considering working with, and they’ll be disappointed if they can’t turn anything up.

Since this is the first time many millennial shoppers are seeking out professional services, companies can capture their attention and loyalty through educational resources. Developing blogs, webcasts or infographics that help Gen Y customers navigate the uncharted waters of 401(k)s and renters insurance will attract eyes to your website and instill confidence in your services. Arbella Insurance’s Carpartment infographics and Capital One’s podcasts are good examples of informational material aimed at the Gen Y demographic.

Lastly, as PR practitioners, we can support our financial, insurance and legal clients by developing storylines that resonate with young adults and targeting outlets that better reach this audience. Thinking outside of the box—outside of the regular business press lineup—and instead partnering with popular bloggers, webinar series and relevant magazines, can reach a new and broader audience. These outlets are less crowded as well, so it’s easier to maintain a larger share of the voice.

Millennials are truly hungry for information and advice as they wade through weighty life decisions for the first time. Companies should use their PR programs to make the most of this critical marketing window.

The Key Storyline You Should Be Pitching, But May Not Be

If you haven’t seen the show “Suits,” you should. It’s phenomenal.
The show tracks the tribulations of 20-something, whiz-kid attorney Mike Ross (Patrick Adams), a college dropout, whose encyclopedic knowledge of the legal system lands him a job at fictional Manhattan law firm Pearson Hardman. 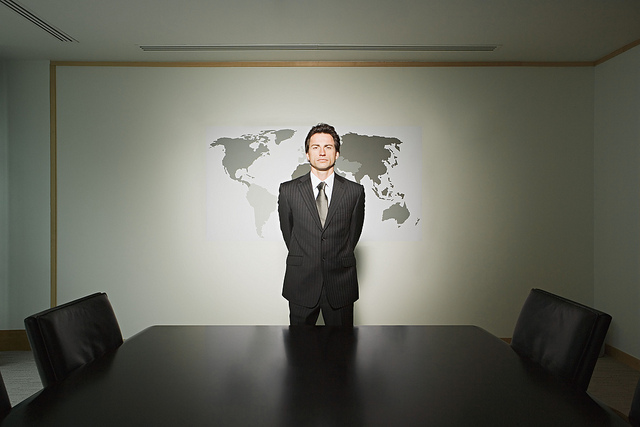 Sure, the situation is unrealistic, since no top-flight New York law firm would – ever – hire an associate without a college degree, let alone J.D. But, Mike’s boss, firm partner Harvey Specter (Gabriel Macht), realizes just how talented his protégé is. And, for that reason, Harvey risks being disbarred to hire Mike, a risk few – if any – lawyers would take.

The best part of “Suits” is that it capitalizes on our fascination for whiz kids and talented 20-somethings. Why does Gen Y (or even those their junior) catch our attention so steadfastly? To venture a guess, we all love savvy-yet-sharp, thoughtful-yet-provocative, young, hard-working individuals. They’re hard to recruit and even harder to retain.

Our fascination with these individuals partially explains why so many top-tier publications maintain a staff of careers reporters. The likes of Fast Company, TheWall Street Journal, and TheNew York Times are teeming with writers whose sole focus is to author stories about talent acquisition and retention. And, while a real-life company’s recruiting story may not be drama-ridden like “Suits,” in many cases these reporters are chomping at the bit for career-related anecdotes.

With that in mind, the careers section is a “must get” for companies that want national attention. These stories are a double whammy, of sorts, since a well-written careers article profiles a firm’s core competency and highlights the company’s strategy around corporate culture, which helps with recruiting.

What’s more, whole companies build their entire brand identity around being hip with employees. Google and Apple are just two of the many; yet so few others realize the value in showcasing the “bennies” they give to recruits and employees.

In the end, readers want to be wowed by creative hires, their ideas and the people who hired them to begin with. Just like any pitch, engaging successfully with  careers reporters hinges on creative elements, like showcasing individuals who’ve quickly climbed company ranks, exceeded expectations or been drawn to a company’s unusual benefits package.

But be careful. Even though the dubious undertones of “Suits” need not be present to attract a reporter’s attention, some reporters will nonetheless pry for inherent drama in the workplace.

But, if well-managed, there’s really little risk. And most companies have a good HR story to tell; a story that could play a key role in the company’s growth, reputation and visibility.