Presidential PR – 10 Gaffes and Gambits from 1828 to Today

If you take a good look at the current political match-up between presidential hopefuls Donald Trump and Hillary Clinton, you would think it was an episode of Game of Thrones – be warned, winter, I mean, Election Day is coming.

Both candidates have uncanny abilities to generate PR everywhere they go, regardless of whether it’s good, bad, or altogether insane. But when it comes to presidential history, PR has always managed to be there – at times, costing presidents, and even vice presidential wannabes, everything from elections to the Oval Office itself.

Case in point are some classic examples – the 1960 Nixon v. Kennedy T.V. debate, the Monica Lewinsky scandal, “Dewey Defeats Truman.” Then there are others that have prompted some of the greatest laughs, groans and shocks in political history (for reference, several outlined below took place during the 1988 election and are outlined in Richard Ben Cramer’s terrific book What It Takes).

As the countdown gets underway for our new commander-in-chief, let’s revisit some of these on a scale of bad to meh: 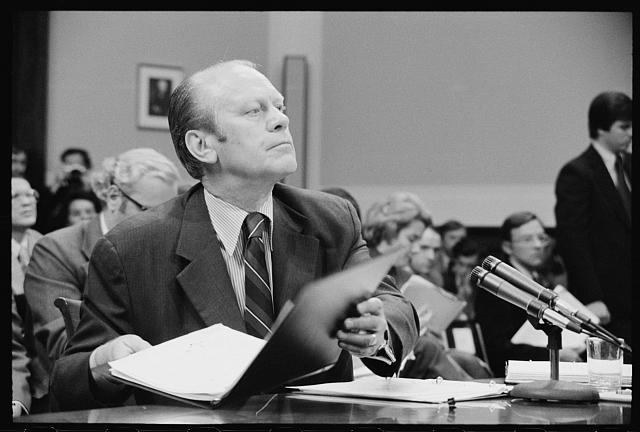 Nearly one month to the day after Richard Nixon resigned the presidency, Gerald Ford granted him a full and unconditional pardon for crimes potentially committed against the U.S. while in office. Through Ford would defend his actions for the rest of his life, the pardon was a major catalyst for him losing the 1976 election to Jimmy Carter.

As legal proceedings for Watergate began, Richard Nixon made an unprecedented – and illegal – move by dismissing independent special prosecutor Archibald Cox, who was investigating the 1972 break-in, resulting in the resignations of Attorney General Elliot Richardson and Deputy Attorney General William Ruckelshaus. The timing couldn’t have been worse. The move prompted Congressional impeachment proceedings against Nixon, who resigned the presidency on August 9, 1974 – the first and, to date, only president to give up the office.

Bush Sr. prevailed in the 1988 election against Michael Dukakis. Four years later he faced a much more formidable foe in Arkansas Governor Bill Clinton. During a televised debate, Bush made the error of checking his watch and getting defensive with an audience member who asked both candidates how the national debt affected them personally. Clinton let his amiability do the talking for him, while Bush looked like he couldn’t leave the stage fast enough. Cameras caught it all.

While this could have been enough to cost Bush a second term his president, perhaps his greatest PR downfall was his “Read my lips” statement of 1988. This statement arguably helped Bush attain the presidency, but was then used against him in competitor campaign rhetoric after taxes were raised during his presidential tenure. Nothing worse than a double whammy in politics. 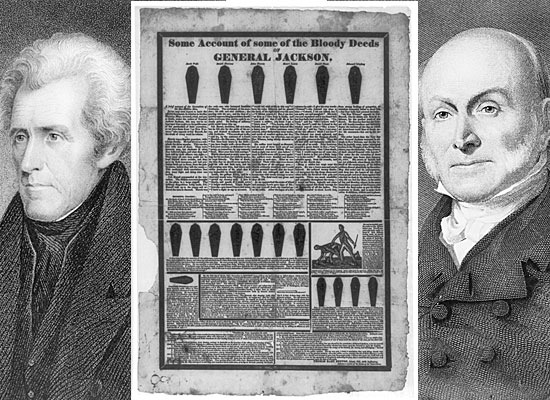 The nation’s sixth president prevailed against “Old Hickory” Andrew Jackson in the election of 1824. Four years later, with his job on the line, Adams shifted the brunt of his political attacks from Jackson to his wife, Rachel. Adams’ supporters depicted Rachel Jackson in the press as a “jezebel” and “bigamist” for allegedly not divorcing her first husband prior to marrying Jackson. The unsubstantiated rumors did not stop Jackson from winning the election but they would haunt Rachel. She died in December 1828, days before the Jacksons would head to the White House. 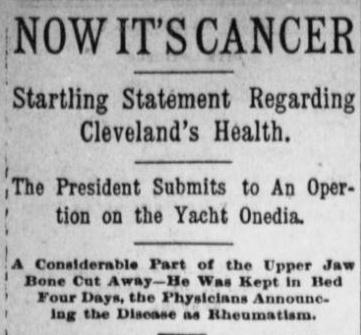 Shortly after Grover Cleveland’s second (nonconsecutive) term as president began, he disappeared from Washington for four days to have a cancerous growth removed from his mouth. The press, short on details, believed the president was headed to his summer home on Cape Cod. Not everyone was fooled. Journalist E.J. Edwards discovered the truth, corroborated details with one of Cleveland’s doctors, and published the story. Cleveland and his supporters emphatically denied it, costing Edwards his reputation. The truth came to light 24 years later but would not stop future presidents from masking or downplaying illnesses.

While soon-to-depart VP Joe Biden was initially a strong contender in the 1988 presidential race, he suffered a major PR setback when media reported he allegedly plagiarized speech text from British politician Neil Kinnock. It was ultimately revealed that aides of Michael Dukakis sent comparison tapes of both politicians to media. Dukakis, who pleaded innocence, fired his campaign manager and longtime chief of staff and apologized to Biden for his campaign’s actions. Unfortunately, it was too little too late.

Nearly 30 years later, a similar incident took place when Melania Trump, during her speech at the Republication National Convention, was accused of allegedly plagiarizing remarks from First Lady Michelle Obama.

During the 2004 Democratic caucuses, presidential hopeful Howard Dean let his emotions get the better of him. After pledging to “take back the White House,” Dean earned the reputation of a political cowboy with one fist swing and exclamation of “Yeah!” Media pounced and Dean lost his standing to eventual nominee John Kerry.

In a televised battle between VP contenders Dan Quayle and Lloyd Bentsen, the former tried to emphasize his Congressional stature by saying he had as much political experience as JFK. In his PR-ready response, Bentsen made sure Quayle’s foot was firmly planted in his mouth: “Senator, I served with Jack Kennedy. I knew Jack Kennedy. Jack Kennedy was a friend of mine. Senator, you’re no Jack Kennedy.”

During a televised debate between Dukakis and Vice President Bush, the former was asked by an audience member how he would respond if his wife, Kitty, was raped and murdered. Dukakis, a staunch opponent of the death penalty, chose to speak from policy perspective instead of his heart. His responses were classified as technical and unemotional. Bush won the election.

Previously, Dukakis endured a PR nightmare after media were invited to see him commandeer a tank in Michigan. What was supposed to showcase his potential strengths as commander-in-chief turned into a barrel of laughs. 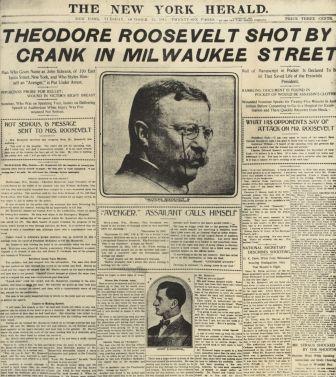 Roosevelt had once famously declared he would not run for a second full-term as president. However, in lamenting the presidency of successor William Howard Taft, Roosevelt changed his mind – entering the fold as a Progressive/Bull Moose candidate. In 1912 while in Milwaukee to give a speech, Roosevelt was shot. The 50-page document and Roosevelt’s eyeglasses case, both concealed in his coat, absorbed the brunt of the bullet. Though in pain, Roosevelt went through with his speech, proclaiming, “It takes more than that to kill a bull moose” to the shocked crowd.

Despite this being an act of fate, it turned out to inadvertently be terrific PR for TR. Even though Roosevelt ultimately lost the election to Woodrow Wilson, he still came second in the vote ahead of Taft – a one-termer.