What Do Social Media Managers and Jazz Musicians Have in Common? 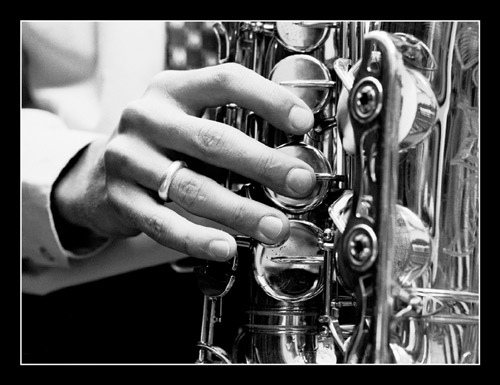 “Good evening ladies and gentlemen, we’d like to remind you that we don’t applaud here at this old place where we’re working, so, restrain your applause, and if you must applaud wait till the end of the set – and it won’t even matter then. The reason is that we are interrupted by your noise. In fact, don’t even take any drinks, or no cash register ringing, et cetera.”-Charles Mingus

Don’t worry – despite the title of the article, this isn’t going to be like that one presentation at the last conference you went to that had all the depth and insight of an inspirational poster. I’m not going to tell you that social media management is like jazz because “you need to make every note count” or because you need to “improvise if you want to innovate.” No, this post isn’t about what social media managers and jazz musicians both do right – it’s about something they do wrong.

Before PR, I spent several years working as a professional musician and still do some freelance work a couple times a year. Over the years, I’ve met and worked with a lot of musicians – particularly in jazz – whose attitude towards non-musicians (and audiences) is encapsulated by the Mingus quote that opened this article. They’re more interested in playing for the 5% of the population who will understand the technical cleverness of their composition than the massive audience that’s just looking for something that pleases them aesthetically.

In this analogy, social media managers are those musicians – and the potential customers are the audience. Too often, we design and implement social and content programs that are more about pleasing our peers than our viewers. We build programs with simple metrics – number of blog posts a month, number of Facebook posts a week – that are easy to measure and look great on a PowerPoint slide. We argue about how to court influencers, which management platforms are the best and how to generate conversations. But in the end, it’s the equivalent of a jazz solo that’s gone on too long: a few listeners are enthralled, but everyone else is bored.

The vast majority of music listeners don’t understand the basics of music theory; 60% of active Twitter accounts have less than 100 followers. And yet, just like in the quote above, we treat those people – our potential audience – as if they’re doing it wrong. Take this quote from an article I found on Convince&Convert. In it, a social media strategist said:

“Maybe I just don’t get it, but I don’t really see the point of Twitter if you’re not engaged and interacting. But according to these findings, 53% of Twitter users never post any updates.”

That’s a bit like saying “maybe I just don’t get it, but I don’t really see how you can truly enjoy Coltrane’s Giant Steps without some knowledge of chromatic median relationships.” While it’s the sort of thing that might make your friends (or, in the case of the first quote, your clients/prospects) think you’re smart, it’s absolutely not true. Maybe they enjoy Giant Steps because it helps them concentrate while they’re working; maybe they simply think it’s pretty.

The point is that there’s no right way to listen to music – and, similarly, there’s no right way to use a social media platform. Personally, I like to follow the score when I listen to music; however, I know that most people prefer to dance. Some people like to “engage” on social media; others just want to keep up with their favorite celebrities, or find an interesting article to read. The latter group, in both those examples, is not just equally valid – they’re also the majority and our biggest potential audience. We shouldn’t write them off because they’re not using the platform the way we want them to. On the contrary, we should embrace them.

So the next time you’re building a social media plan with a client or a colleague, don’t start off with jargon-filled questions like “how do we maximize our reach and generate organic conversations while courting targeted influencers?” Instead, step into the shoes of the audience. “What would catch my attention if I were a [demographic] waiting for the bus in the morning?” “What would I think is interesting if I were a [demographic] flipping through my social feeds while watching TV?” “I’m a [demographic]: what’s my sense of humor like?”

Our job, before anything else, is to create content that answers those questions. Sure, we can spend time trying to network with influencers and that sort of thing – but that’s just making music for other musicians. Even the best social media “guru” (or whatever other nonsense term) in the world can’t succeed by playing with their back to the crowd. We have to put the audience first.