The Rise of Retail Clinics 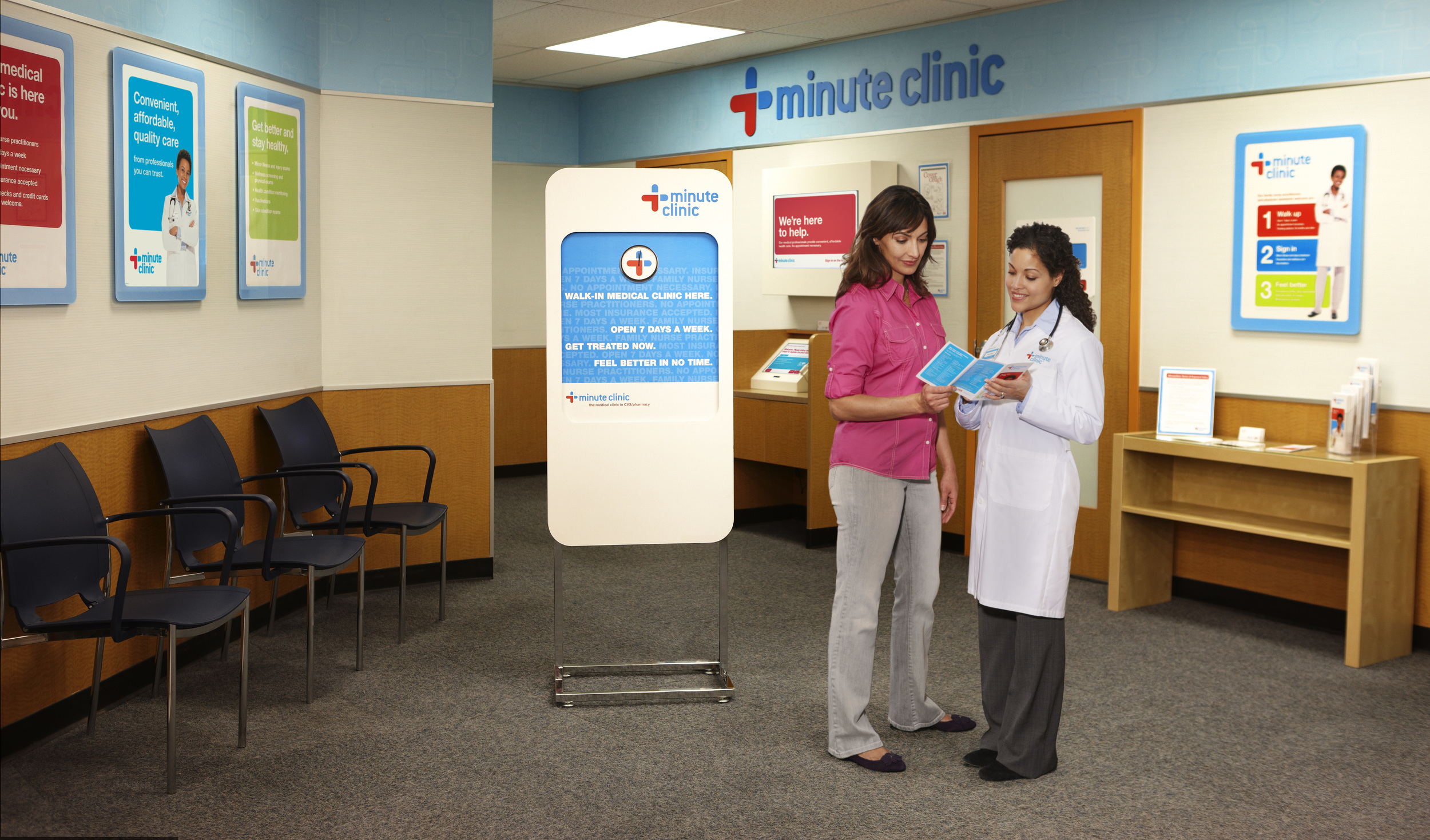 The severe flu season currently underway has been all over the news and, as a result, the topic has been peppered throughout our office chatter for the past couple of weeks.  After an especially sniffle, sneeze, and cough-filled “T” (subway) ride to work one morning last week, I hopped onto CVS’s website and, after about 45 seconds, had an appointment to get my flu shot the following night.  Later in the week, I heard from a few colleagues who, after hearing how easily I signed up, had also gotten their vaccines at a CVS MinuteClinic.  This sparked thought on retail clinics and the role they’ll play in the future of healthcare.

Retail clinics, like those in popular drugstore chains and superstores like Target and Walmart, have rapidly grown in popularity in recent years.  According to HealthDay News, the first retail clinic opened in the U.S. in 2000, and there are now more than 1,350 such clinics operating around the country.  An American Medical Association news report says CVS opened 68 clinics from December 1, 2011 to December 1, 2012. With 620 locations, MinuteClinic accounts for approximately 44 percent of American retail clinics.  Clinicians at MinuteClinics have seen an astounding 14 million patients since 2000.

While retail health centers are not the answer to all health issues—obviously people with more serious symptoms like chest pain, shortness of breath, etc. should call their doctor or head straight to the emergency room— consumers should consider them as an option more often.  Until now, most retail clinics have addressed routine needs like flu shots, prescriptions, and blood pressure checks, but many clinics can also meet a variety of other health needs such as sports physicals, strep throat cultures, and diabetes testing.  Clinics are typically staffed by qualified nurse practitioners, and, in Massachusetts, they are regulated by the Department of Public Health to ensure the safety of all patients.

As a result of healthcare reform, more people now have access to insurance and will be seeking medical attention.  Outsourcing minor procedures and tests to retail clinics could ensure that a greater number of people will receive the care they need and at a lower cost.  Affordable clinics in convenient locations with convenient hours, short wait times (and sometimes no need for an appointment at all) staffed with qualified personnel, seems like a win-win situation to me.

Lucy Muscarella is a Consultant at Greenough. Follow her on Twitter:@lucymuscarella