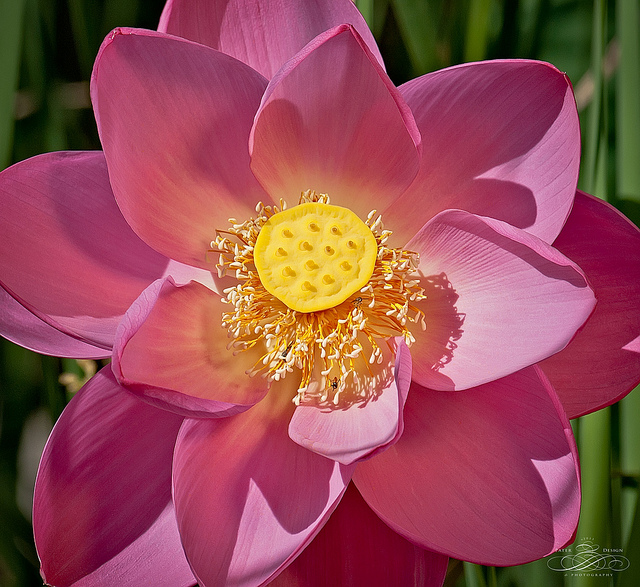 In Greek mythology, the “lotus-eaters” were a race of people inhabiting an island near North Africa who subsisted on lotus flowers, a known narcotic that caused them to sleep in peaceful apathy. In the movie Percy Jackson & The Olympians: The Lightning Thief, the main characters barely escape a life of perpetual apathy in – wait for it – modern-day Las Vegas. As CES gets into full swing in the “Sin City,” it finally hit me that, like Percy, it may be time for another heroic escape.

Let me begin by confessing that I love technology. My mobile device is never more than a year or so old, I strategically position myself for the newest laptop at work and my home is as digitally tricked-out as my wallet allows.

Recently, however, I’m finding it harder to summon the same enthusiasm for consumer tech. Somehow the joy of moving from 720 to 1080p seems trivial in the face of a global water crisis, rising healthcare costs and government gridlock. This year, much of the reporting that I’ve read/seen coming from CES is mere sycophantic drivel. It’s as if I’m watching Percy eat lotus flowers, slipping into a mindless trance as he’s seduced by the surreal theater surrounding him.

But all is not lost. While entertainment-related gadgets such as the new Asus Qube still dominate CES (because we so need to enhance our TV-watching experience with the help of Google TV), consumer electronics innovation isn’t for entertainment alone. And that’s enough to excite me.

With comparatively less fanfare, companies such as iHealth, HealthSpot and Ideal Life (which announced a partnership with ADT during CES) are bringing innovation to Las Vegas that promises to solve real problems, not just entertain. The iHealth Wireless Smart Gluco-Monitoring System includes a detachable dongle that snaps onto an iPhone, iPod touch or iPad to simplify blood sugar monitoring. Convenient, yes, but there’s no reason it won’t also lead to better doctor-patient communication, better disease management and, ultimately, lower healthcare costs.

The HealthSpot Station is a cutting-edge “tele-health” system that provides high-quality medical diagnostic technology to patients anytime, anywhere. The private, walk-in kiosk increases access to diagnosis and treatment by board-certified doctors via high-definition videoconferencing and interactive digital medical devices. This is high-definition, interactive TV that doesn’t entertain; it improves health.

What’s missing? Beyond the exciting and transformative healthcare solutions, I’d like to see something related to water and/or sustainability, starting with technologies to help rapidly build out “smart water grids.” Next year, it would be nice to see companies such as Itron, Cisco and their potential partners – including companies such as Zonoff (which is at CES this year) – showing off technologies to a CES audience that push water conservation and “individual sustainability” deeper into the consumer consciousness.

I’m guessing that I’m not alone in hoping for innovations in consumer technology that aspire to more than just better entertainment. Since we rely on CES to set the tone for upcoming year, I’m hoping the glimmer we see in healthcare technology is just the beginning of even greater changes in 2014. After all, if we continue to wantonly worship “lotus flower tech,” innovation that simply encourages our society’s precipitous lull into peaceful apathy, we’re missing a heroic opportunity. Percy eventually woke up and escaped the lotus eaters, so should we.