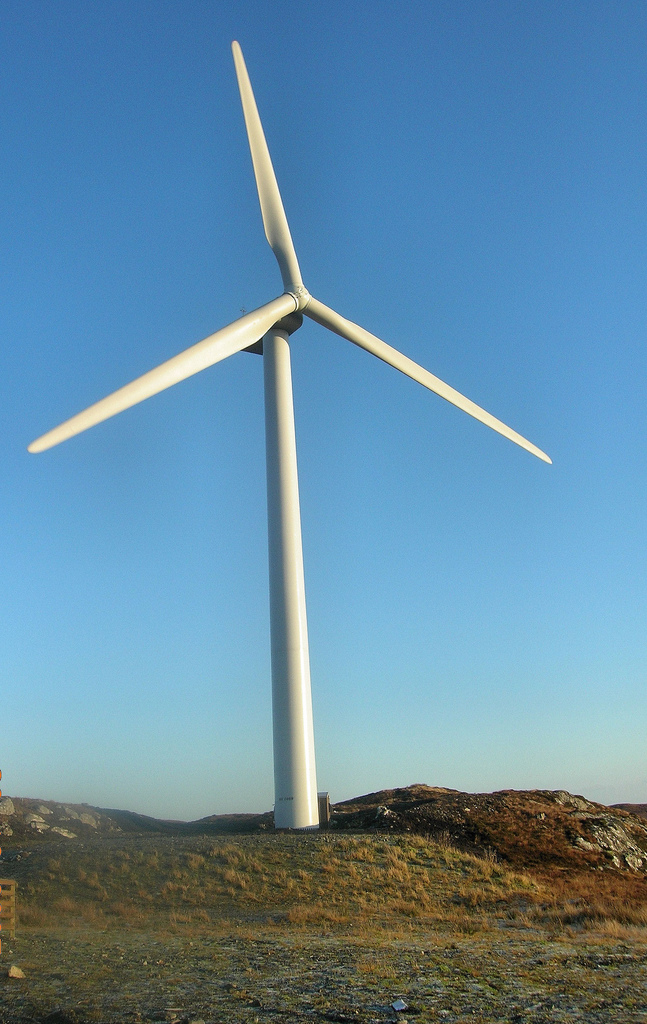 It may be early, but things already seem to be looking up for wind energy this year. The last decade has seen many ups and downs for the wind industry, from the highs of Cape Wind being approved to the lows of, well, Cape Wind not really being approved. But the eleventh hour fiscal cliff deal proved that wind is really here to stay, as President Obama argued to ensure a vital production tax credit of 2.2 cents per kilowatt hour for wind energy providers was renewed. The American Wind Energy Association estimated that without that subsidy, as many as half of the 75,000 wind-related jobs in the U.S. would have been lost.
This comes in the wake of what was possibly wind energy’s best year ever in 2012. The wind industry had installed more than six and a half gigawatts of new capacity as of November – which is more than natural gas or coal mustered over the same time period. The industry probably exceeded eight gigawatts in new capacity for the full year, and that number may have been as high as 12 gigawatts as companies rushed to complete installations before the production tax credit was slated to end on December 31.

The last-minute surge in installed capacity during December might just kick-start an even more successful year in 2013 now that the tax credit has been renewed. Instead of cutting half the jobs in the industry, wind is stronger than ever thanks to the huge (if not 100% voluntary) increase in capacity. All this is good news for local wind companies, including Boston’s First Wind.

First Wind already operates more than a dozen projects in several states, including Maine, Vermont and New York, and it hopes to increase its portfolio by 50 percent or more now that the tax credit has been extended. According to a recent press release, “The ambitious effort could mean that thousands of people will be employed building new First Wind projects over the next few years along with millions of dollars in investment and new revenue.” That’s great news for the Northeast and other regions where First Wind operates, as well as the wind industry as a whole.

Companies like First Wind, Vermont-based Northern Power and others in the area – coupled with a newly-secured, crucial government subsidy – make wind power one of the most important industries to watch in 2013.