Open Innovation in Healthcare: The Next Massachusetts Miracle 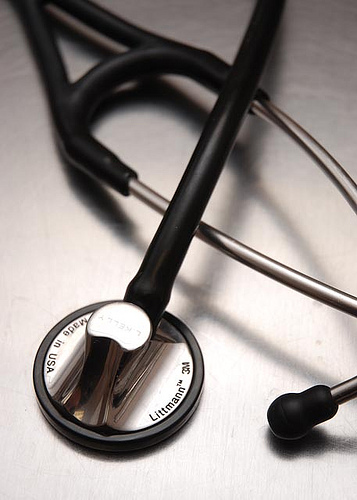 Boston Children’s Hospital gets it. So does Brigham and Women’s Hospital. They get the urgency we should all feel about solving the healthcare crisis. Recently, Boston Children’s launched its CLARITY challenge (Children’s Leadership Award for the Reliable Interpretation and appropriate Transmission of Your genomic information), an effort to identify best methods and practices for the analysis, interpretation and reporting of individuals’ DNA sequence. Symbolic of the “open innovation” that many believe is a key to healthcare transformation, Boston Children’s named Brigham and Women’s – ostensibly its competitor –a winner of its challenge.

As this happens more frequently, we are all winners.

Consider health insurer Aetna. It recently launched its own “test kitchen” to explore new ways to improve patient outcomes through disease prediction and intervention. From evidence-based cancer treatment to effective use of big data, Aetna seemingly gets the urgency of the healthcare crisis as well, and it’s stepping outside its traditional boundaries to spark innovation.

Another example, ScrubStorm, sparks meaningful innovation among physicians and clinicians. Its founder, Ken Solovay, believes that if clinicians could actually reach out and collaborate with medical device manufacturers it would lead to better solutions. He’s making that happen online right now.

If you’re tempted to dismiss open innovation as just another fad, consider the story of Adam Foye, a sixth-grader with unexplained muscle weakness who has already benefitted from Boston Children’s CLARITY challenge. Thanks to work done in connection with the challenge, researchers are now much closer to developing therapeutics designed to target Adam’s condition, centronuclear myopathy.

What makes open innovation so exciting is how broadly it spreads opportunity and helps tackle once intractable challenges. And helping this effort are organizations such as The Massachusetts Life Sciences Center (MLSC) that are stepping in to bridge funding gaps. The MLSC recently launched the third round of its Cooperative Research Matching Grant Program, designed to “promote industry-academic research collaborations, support translational research and accelerate the commercialization of promising products, and services.” It will fund up to $250,000 per year if the grantee secures an industry sponsor to match the funds dollar for dollar.

Much more funding – distributed broadly – will be needed, but it’s a start. Even if the dreaded “fiscal cliff” is mere posturing, new models for R&D funding and commercialization are needed. Ironing out the details won’t be easy, but try we must.

As future models emerge, Massachusetts is poised to be THE hub for open innovation in healthcare. Even beyond the obvious collaborators, from Mass General, Brigham & Women’s and Beth Israel Deaconess to Boston’s thriving biotech sector and innovators such as Athenahealth and Medventive, Massachusetts is stacked with leaders such as EMC, Thermo Fisher Scientific and many others that comprise our Commonwealth’s five-category innovation juggernaut.

Decades from now, the Massachusetts Miracle, which has long described our growth in the tech sector during the 80’s, will likely be more closely associated with what is taking place today. As evidenced by the small sample we see so far from initiatives like CLARITY, true miracles – life-saving miracles – will be the enduring legacy of this next statewide boom.