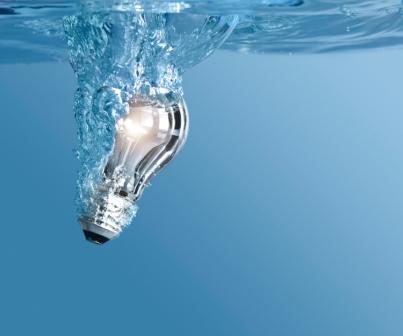 We live in an exciting age of smartphones, smart cars and, yes, even smart clothing.  Today, a typical city block is abuzz with energy, literally, with mobile phones in every hand, cars parallel-parking themselves and even bras that continuously monitor for breast cancer warning signs (yes, they exist).

Underneath that same city block is an aging infrastructure that should cause as much anxiety as “smart stuff” causes wonder. But we’re often oblivious to things we cannot see – until it’s too late.

Much has been written recently about the coming global water crisis, but it’s unlikely the average American would take time out from watering the lawn to notice. Despite this apathy, predictions are dire. The first U.S. Intelligence Community Assessment of Global Water Security predicts that by 2030 our “annual global water requirements” will exceed “current sustainable water supplies” by forty percent.

But this isn’t a doomsday rant. In fact, if Gregory Huang’s Xconomy column a few weeks back is any indication, we’re on the precipice of something big. Companies such as Cambrian Innovation, Thermo Energy, Visenti and Oasys Water are part of what Huang suggests are the “Silicon Valley of water.” That’s exciting and potentially transformative for the Massachusetts economy.

Back in the home state of the original Silicon Valley, California, the need for innovation is acute. A recent article in Capital Weekly, “Water, lifeblood of the state, gets even costlier,” doesn’t paint a rosy picture. Water and sewer rates are increasing steadily in Calif., and overhauling the decades-old infrastructure could cost in excess of $20B. And that’s just one state in the world’s most developed country.

The water-related economy doesn’t enjoy the visibility afforded tech and science, but it’s formidable and well-established nonetheless. Pipes, pumps and valves alone accounted for more than $130 billion in 2010, and conservative estimates value the global water industry today in excess of $460 billion. The opportunity is so vast that some analysts have used the phrase “blue gold” to describe it.

In places we rarely see, equipment from companies such as Pall Corporation, Flowserve and Northwest Pipe is in place, satisfying insatiable publicly- and privately-funded demand for infrastructure upgrades and new construction (especially in developing countries). But while water industry growth is good for the overall economy, it’s unclear whether local, state and federal governments will be able to fund even modest attempts at modernization.

Underneath that city block mentioned earlier is a complex infrastructure that requires an infusion of smart, maybe even more so than our communications, transportation and clothing. Water – and wastewater – isn’t sexy by any means, but we can and must plumb it from the depths of obscurity. The components of a “smart water age” may sit beneath the surface, removed from our daily consciousness, but that’s about to change.  It’s time to get smart about water.