Why Regulations Aren’t That Important… Until They Are 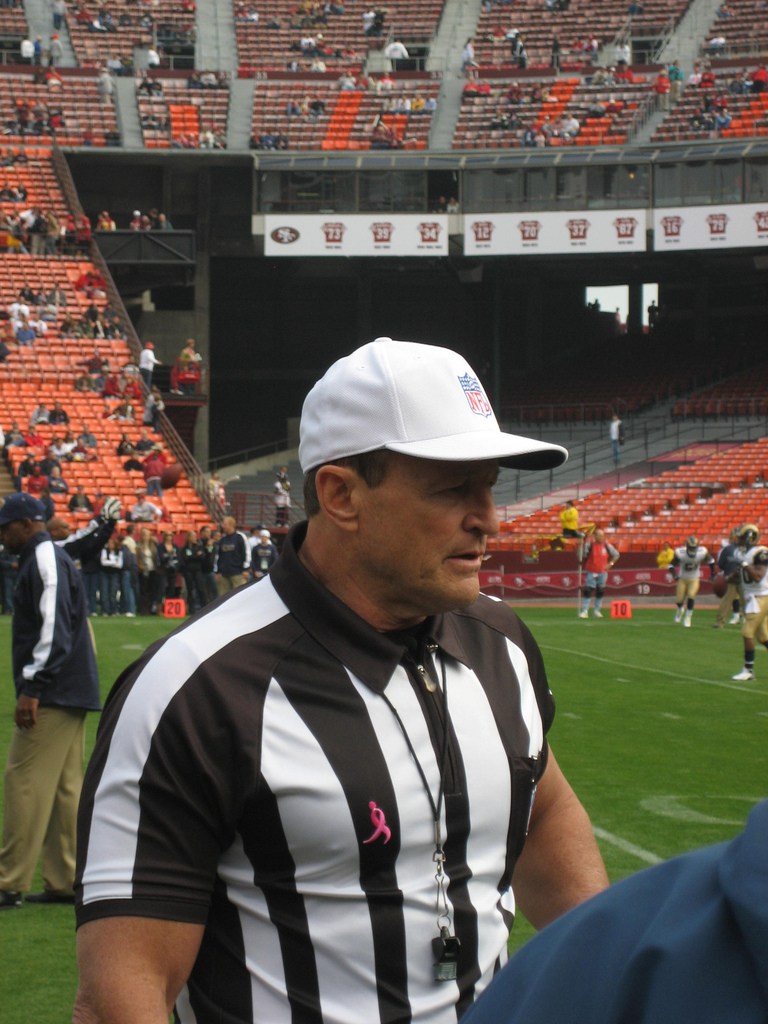 If you watched any of the NFL’s opening weekend, you heard a lot of discussion about the league’s big referee strike and saw replacement officials in action on the field. The replacement refs did pretty well – it appeared they didn’t ultimately decide the fate of any games – but that may have been due to good luck more than anything else. An egregious error in the Seattle/Arizona contest could easily have cost the Cardinals a victory if the ball had bounced differently. These officials (most of whom hail from division 2 or 3 college football) will certainly need more than luck to succeed in the coming weeks.
All the officiating talk makes you think: Surely no one tunes in to a football game to watch the referees (except for maybe Ed Hochuli), but now that they’re gone, enforcement of the rules seems pretty darn important.  The same can be said for industry regulations, especially in marketing and PR.

People who work in and/or cover marketing don’t necessarily talk glowingly about the FTC, SEC, FDA or other agencies or regulatory bodies that oversee, and sometimes even police, what we do. Remove them, however, and we might be singing a different tune. Imagine if Bureau of Consumer Protection went on strike and the responsibility for enforcing CAN-SPAM suddenly fell to replacement BCP agents who missed some marketing violations and enforced others incorrectly. We wouldn’t be able to get the old regulators back fast enough.

By the same token, marketers – like football players – need to embrace the spirit of regulations rather than just blindly following the rules. If every player on the Jets or Redskins committed a penalty on every play of the game, there’s no way the refs (replacement or otherwise) would be able to call them all, but the game would also become unwatchable. If, on the other hand, players followed the rules to a t, defensive linemen would break through on every pass play and wide receivers would get open with absurd ease. Similarly, regulators can’t monitor every single marketing email, print ad and social media post that goes out, nor should they, but marketers must adhere to the spirit of the rules without sacrificing creativity or edginess.

A thriving marketing industry – like a thriving sports league – functions best when the playing field is level and regulation is balanced with innovation, within reason of course. Taking risks without running afoul of rules (or even industry guidelines) is a fine line to walk in both sports and marketing, but it’s what keeps things interesting, entertaining and engaging (for fans and consumers alike).

Can the replacement refs keep the game fair and entertaining? Let’s hope so (or let’s at least hope for a quick resolution to the labor dispute). Can our industry keep things fair and engaging? I guess that depends on whether we – and the regulators – can stay on top of our respective games.

Jake Navarro is a senior consultant for Greenough. Send him an email at jnavarro@greenough.biz.