In addition to Greenough’s social media listening platform, I love playing with tools, widgets and apps out there to test out hypotheses and satisfy my pangs of curiosity. One tool I’m a fan of is a free Twitter analytics service called Topsy. Yesterday, I was playing with keywords and testing different “rivalries” to see how they played out on Twitter. Purely to satisfy my own whim, I compared the number of times Twitter users mentioned the words “Twitter,” “Facebook” and “LinkedIn” during the past month.

A couple of noteworthy observations and patterns that piqued my interest:

One might think that Twitter (the topic) would be discussed more among Twitter users than Facebook (the topic), but that’s not the case. How come? I couldn’t leave well enough alone, so I did some digging and musing to try to identify some possible contributing factors. 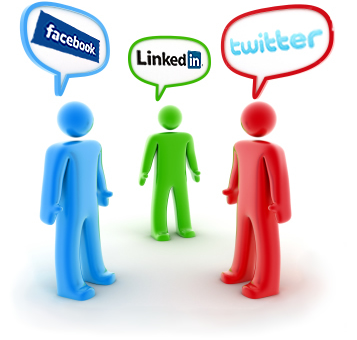 LinkedIn is no small potatoes in the social realm, so why is it barely a blip on the radar when tracking mentions on Twitter? I have a few guesses, but what do YOU think? Share your thoughts in the comment section on this or on any of the other observations that beg for further explanation.