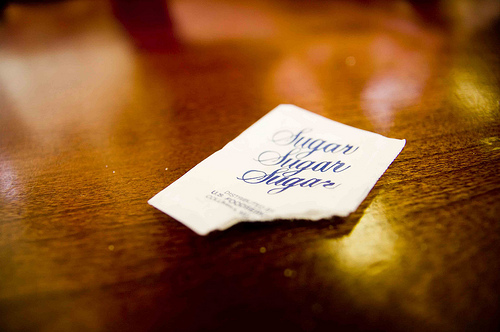 A 2010 United Nations report  revealed that more people globally are dying from chronic, non-communicable diseases, also called “lifestyle diseases,” than from infectious disease. The UN report identified “tobacco use, unhealthy diets, physical inactivity and the harmful use of alcohol” as the primary causes of heart disease, stroke and cancer.  While tobacco and alcohol are regulated, diet is not—and many scientists and doctors are now touting the harmful effects of America’s dietary choices, particularly the perilous effects of sugar.

One pioneer in the public health campaign around sugar is Dr. Robert Lustig, professor of Clinical Pediatrics in the Division of Endocrinology, and Director of the Weight Assessment for Teen and Child Health (WATCH) Program at the University of California, San Francisco.  Lustig spearheaded this movement with his 2009 YouTube video Sugar: The Bitter Truth,  which explores the health damage caused by sugary foods and encourages dietary regulation. Dr. Lustig argues that sugar in all forms, such as sucrose and high-fructose corn syrup, is one likely cause of lifestyle diseases. Lustig’s video, to no one’s surprise, went viral, and The Bitter Truth opened the door for further research on the topic of sugar and health.

Lustig’s campaign is supported by molecular biologist Kimber Stanhope, whose studies have shown that people who consume large amounts of high-fructose corn syrup are at higher risk for heart disease and stroke.  And researchers at Beth Israel Deaconess Medical Center are studying whether sugar can cause a sudden spike in the hormone insulin, which in turn may fuel certain types of cancers. This is an alarming premise, especially considering that America’s consumption of sugar has increased dramatically in the last two centuries, from just around six pounds annually in 1822 to more than 100 pounds in 1999.

Despite these recent findings, sugar’s effect on the diet is a complicated issue. Lustig admits that scientists are still trying to understand how different forms of sugar are processed by the body—the theory is that some types of sugar are worse than others (Is brown sugar worse than white sugar? And so on). Furthermore, the debate continues regarding the effect of sugar in healthy foods. Dr. Lustig admits that an apple is good for you, despite its high fructose content. Many nutritionists would say the apple’s  high fiber content and complex interplay of nutrients offsets the fructose.

Settling on a solution may be equally complex, especially considering the consequences.  Some groups are calling for the U.S. Food and Drug Administration (FDA) to mandate that food companies list any added sugars on the nutritional panel of every item.  Radical proponents such as Lustig are even more rigid, proposing stopgaps to sugar access, much like what we have with drugs and alcohol today. This includes sugar taxes, placing age limits on sugary food purchases and even limiting advertising of sugar-sweetened food and beverages.

In the absence of government intervention, I believe the onus is on healthcare providers and leaders in the healthcare industry to raise awareness of the sugar/health issue and offer solutions.  As one of the world’s most advanced cities for healthcare, Boston and its medical community has risen to this challenge. A number of Boston-area hospitals have created Public Health Campaigns to encourage limiting excessive sugar consumption. Last year, Carney Hospital in Dorchester  became the first hospital in Massachusetts to ban the sale of sugar-sweetened beverages on its campus. Since then, nine additional Boston hospitals, including Beth Israel Deaconess Medical Center, Boston Medical Center and Children’s Hospital Boston, have pledged to work together on efforts to reduce consumption of sugary beverages.

Absent government intervention, if that’s even warranted, I believe today’s leaders in the healthcare industry must work together to encourage lower sugar consumption. To date, I’m impressed with what many of Boston’s leading hospitals have initiated to raise awareness to the issue, and I believe it bodes well for future public health campaigns. Do you agree?