Innovation within the Hub: How Boston is Creating its own Destiny 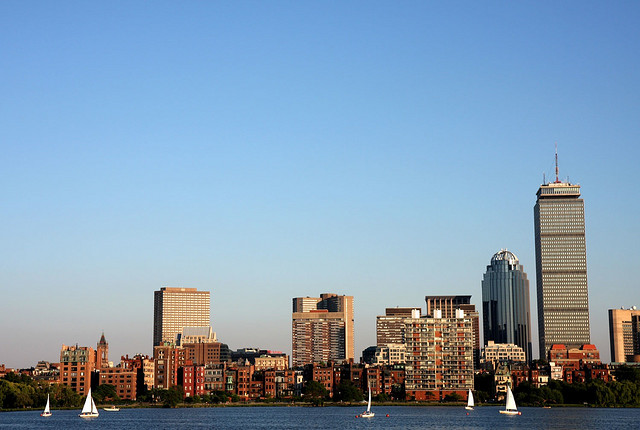 Each year, when the Boston Marathon rolls around, I feel a renewed sense of pride for the city in which I live. On the third Monday of every April, when elite athletes travel to Boston to compete in the world’s oldest annual marathon, this pride certainly grows stronger and I think, “hey, I live in a pretty cool city.”
Last week I read an article written by the Globe’sScott Kirsner that reinforced this sentiment, offering up things the Bay State can and should be proud of; not in terms of athletics and traditions, but in terms of technology and innovation. What made the list? Our leadership in life sciences; fostering entrepreneurship; our top notch colleges and universities; our local hangouts,  which allow for the exchange of innovative ideas; contribution from big companies such as Microsoft, Raytheon and iRobot and the accomplishments of Terrafugia, the creators of a flying car.

So what about the areas the Bay State needs to work on?  Kirsner argued that Massachusetts isn’t creating enough public, economy-invigorating companies, we ignore potentially lucrative consumer-oriented innovation, we make it hard for talented foreign college graduates to remain stateside and we don’t mint enough “angel” investors, who fund cool startups.

As far as the areas in which the Bay State is doing well, a few other areas could have made the list. What about renewable energy and clean technology? Just yesterday, our client Harvest Power, a Waltham-based startup that turns food scraps into energy, received $110 million in series C funding, a milestone that will undoubtedly propel the organic waste industry forward. Or, how about companies like BigBelly Solar which uses solar power to cut waste collection trips by 80%? And, you can’t forget Boston’s robust information technology and cloud computing industry. In addition to the heavy (IT) hitters like EMC and Akamai, cloud start-ups in the Boston area, such as Cloudant, Sonian and Kinvey, are making quite a splash in the industry.

When it comes to innovation, Boston is no Silicon Valley, a sentiment that many Bostonians are probably sick of hearing. But, maybe we don’t want to be Silicon Valley. Massachusetts is a unique area with deep historic roots and is home to many extremely bright individuals. Boston can and should create its own path of innovation, and I would argue that we are already doing this. As Kirsner noted, there are always areas for improvement, but from the work being done to develop breakthrough medical treatments to the conversion of organic waste into energy, we are making great strides just like the marathoners will on Monday.

Jessica Boardman a senior consultant at Greenough. She can be reached via email at jboardman@greenough.biz or follow her on twitter @J_Boardman.