Is Klout-Score Marketing the Path of Least Resistance? 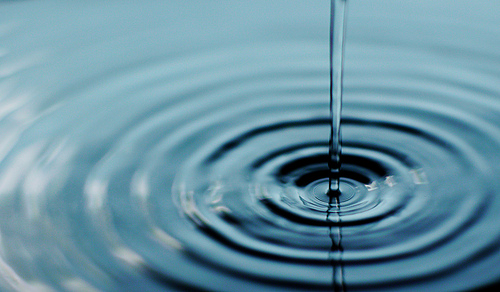 Just read through “The Rise of Digital Influence” by Brian Solis, and we all owe him thanks for his thoughtful review of digital influence, especially his inventory of vendors in the ecosystem today. But, Brian, I remain skeptical and I’m wondering whether that’s intentional. Let me explain.

To be frank, I’m coming at this with bias. I’m not convinced that Klout, Kred and others mentioned in the guide have a sound methodology (they might, but I just haven’t seen it firsthand). But that’s only part of my issue. I’m also troubled by something that Brian captures quite well in a quote from Danah Boyd: “When sociologists measure social capital, they do so from a distance precisely because people will try to game the system.” I believe that gaming is taking place in several ways, both intentionally (I want to be a guru and recognition/things) and unintentionally (I just want to get things) – and neither is really good for brands in the long run. Scores, badges and the like don’t necessarily equate to influence or, most important, loyalty.

This is why I believe that digital influence measurement is harder – and more time-consuming – than many realize. And I’m concerned that oversimplifying it into a simple score will undermine efforts to do the hard work that will always be necessary. The not-so-old-fashioned way of following the paths of influence, what David Armano calls “influence ripples” (referred to as “ripples of reverberation” in the piece), is hard, but at our agency we believe strongly that brands can be so distracted by what they “think” is the head that they miss the long tail that is curling around them (yes, I went there).

The case studies cited in Brian’s piece are interesting, but I don’t get closure from them. Did Microsoft, Starbucks and Virgin succeed because of or in spite of their reliance on Klout? I have no doubt Klout helped in some ways, but even competition manufactured amongst influencers – those vying to attend Microsoft’s Windows Phone events, for example, leaves me wondering whether the team achieved maximum “reverberation” or merely a localized, quickly fleeting bang. Without more information, I’ll withhold final judgment. But I know from using our listening platform for clients that we uncover patterns of influence every day that defy conventional wisdom. In other words, the most important influencers may not be the most obvious.

As Brian says, “We can see that the capacity to influence behavior is difficult to chart.” I’d say it’s even more difficult to score. This is especially true as social engagement takes on a more local flavor and influence becomes more diffuse. As our agency continues to explore and capitalize on local-social influence, it becomes even more apparent that brands must be open to the unexpected. They must recognize the less obvious signs of those influentials-in-waiting that we can strategically activate from their relatively quiet positions on Twitter, Facebook, Yelp, Pinterest or, daresay, even from within a local weekly newspaper.

I’m not saying Klout, Kred, TweetReach, etc. have no place – and certainly not criticizing Microsoft, Starbucks or Virgin for taking innovative approaches to digital influence, I’m simply making the case for a more comprehensive methodology that listens harder and digs deeper to measure and activate influence than a single score. And, I get the sense that even though Brian didn’t say it overly in his guide, he would most likely agree.