Trial by Twitter: What Casey Anthony’s Verdict Says About Our Media Habits 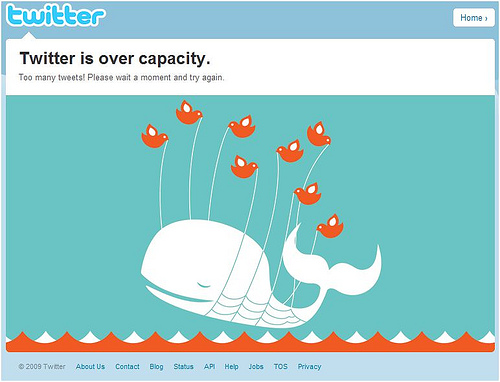 You’d be hard pressed to find many Americans who weren’t following the dramatic conclusion of the Casey Anthony murder trial in Florida. The case captivated the nation, in no small part because of the nonstop coverage it received on the cable networks. And while that’s nothing new – remember the wall-to-wall O.J. and Scott Peterson coverage? – there was a different twist this time around. A good part of this trial played out on social media.

When the jury’s stunning “not guilty” verdict was read at 2:15 p.m. on Tuesday, July 5th, it ignited a firestorm on social media channels, most notably, Twitter. On verdict day alone, from 2:15 p.m. to midnight, according to MSNBC, there were 325,283 Tweets about the trial. I admit to owning at least a half dozen of those – for the first time during a breaking news event, I found myself choosing Twitter as my primary information source.

Sure, CNN and the networks, plus their websites, had up-to-date info, but like most of you reading this, I’ve become spoiled. I want real-time information, with no waiting. It’s not enough anymore to tune in to a network reporter doing a liveshot outside the courtroom after the verdict – we expect that reporter to be in the courtroom, live-Tweeting each word as the verdict is read.

Social media channels have also clearly taken over as our preferred way of sharing opinions. The Anthony verdict is a perfect example. Instead of discussing our thoughts on what happened in the courtroom, I found my coworkers and I shouting to each other “did you read so-and-so’s Tweet about the verdict?!” and “Re-Tweet that so I can copy it!”

Gartner analyst Ray Valdes summed it up nicely in a recent New York Times article, saying services like Facebook and Twitter “are the modern-day equivalent of the office cafeteria, a local bar or the coffee shop.” He added, “Those venues have diminished some in modern times and to some extent been replaced by social media.” I can’t argue with that, but at the same time, it makes me wonder whether too many of us are now so immersed in Tweeting, texting and “liking” that we’re missing out on real life, on true human interaction.

Maybe from now on, I’ll force myself to tear my eyes away from the screen once in a while, to carry on an actual conversation. Maybe.